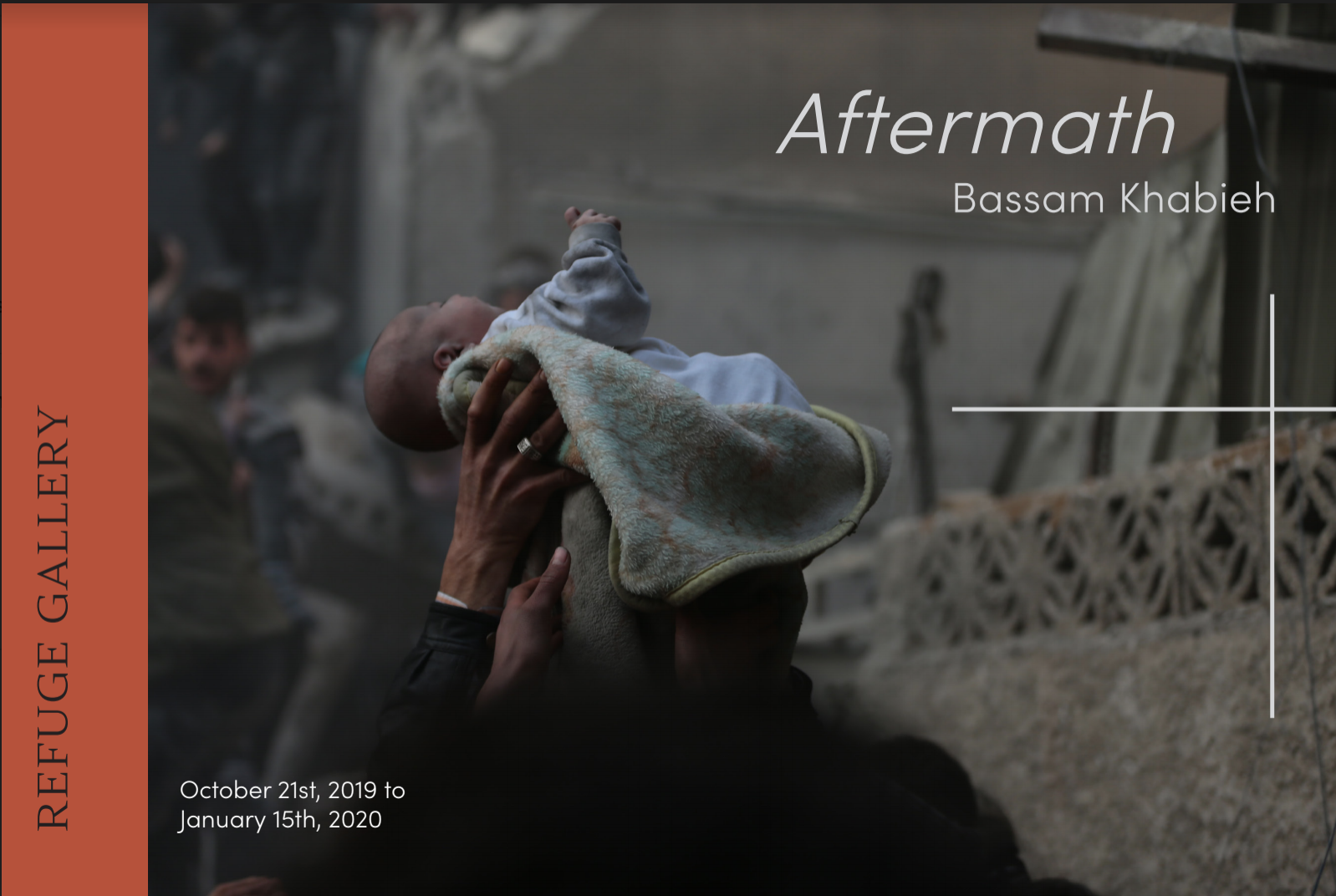 What is it like existing in a war zone? How does one continue living everyday life amidst constant destruction? Aftermath, a collection of photographs by Syrian photographer Bassam Khabieh, portrays poignant scenes of life in Eastern Ghouta, which has been devastated by the ongoing Syrian civil war. Children feature prominently in Khabieh’s photographs; in one, a young boy is seen bleeding and dazed after being wounded in an air raid—a stark portrait of the violence, pain, and destruction wrought by Syrian government forces. Still, the resilience of the human spirit shines through: children play on a merry-go-round constructed from mortar shells; a women’s rights activist continues to provide education and resources to those in need. Ultimately, Khabieh best describes the essence of Aftermath in his foreword, where he promises: “In each picture, you are going to see many stories that the camera could not tell. In the midst of this war, there were people who refused to submit to desperation, and tried hard to defeat death by exercising hope and life.” Special thanks to Colby College’s Oak Institute, who originally featured this exhibition.

Thank you! Your submission has been received!
Oops! Something went wrong while submitting the form.